The Lot Locking feature allows users to "lock" specific Inventory Lots and remove those units from available inventory. For example, instead of setting up an "in transit" warehouse, you can receive inventory into the main warehouse, lock those units, and then release the lock when units arrive. Another example would be to lock the units associated with a Credit Memo until they've passed a QC inspection.

In AV 2015, the Lot Lock feature is enabled automatically and cannot be disabled.  In AV 2017 and later, you can enable/disable the feature via a check box on the Inventory & Marketing tab of System Setup. 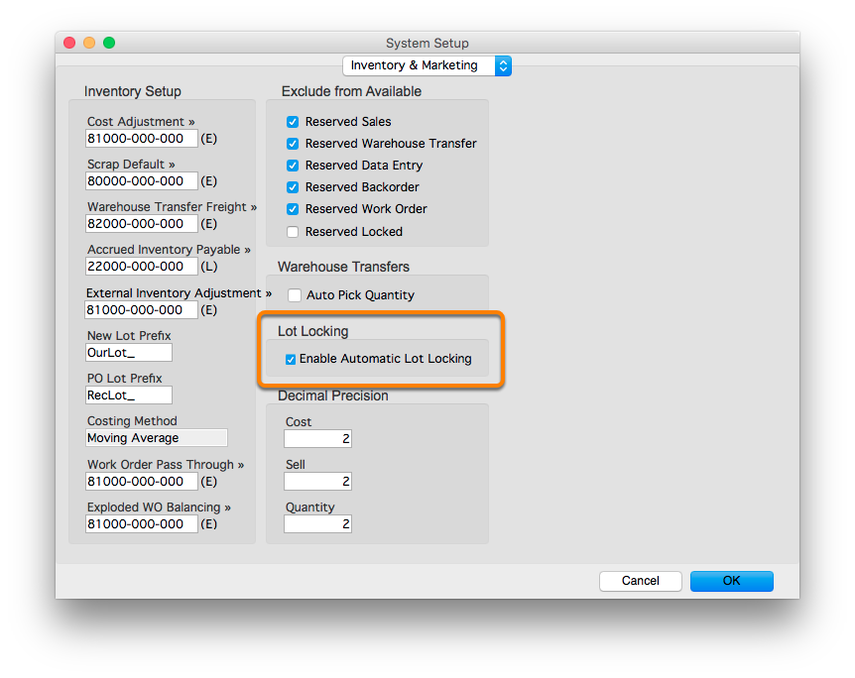 As you can see this Lot is currently unlocked. 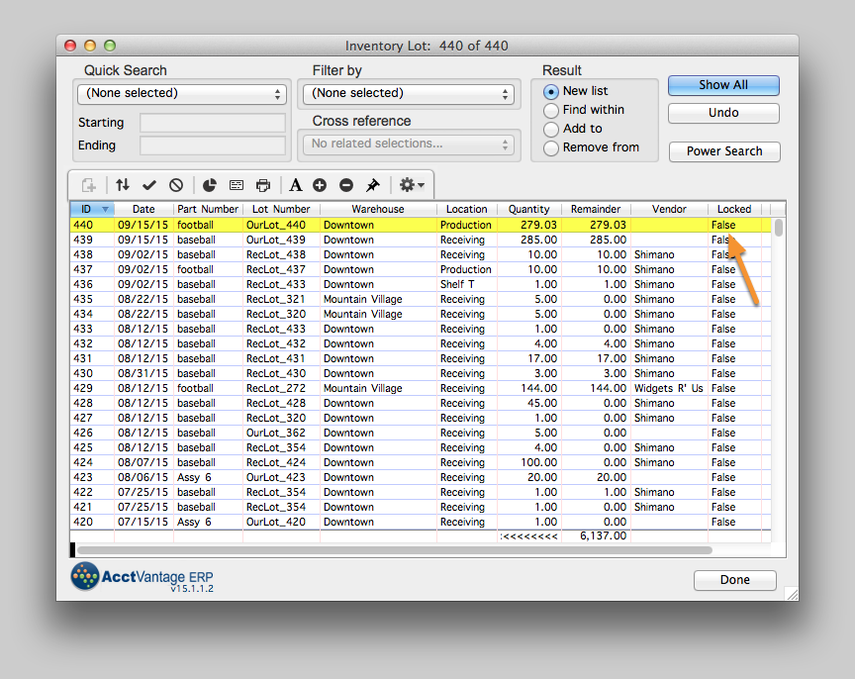 3. Lock the Lot and enter a Note 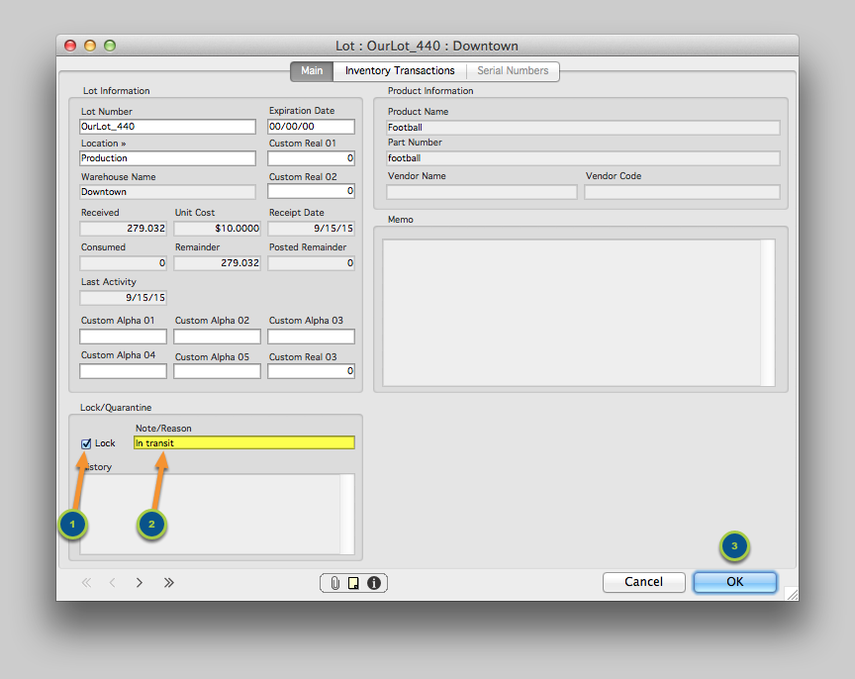 You can now see that the Lot is Locked either from the list view or from within the Lot record.

To add the Locked field to the list view, see the last step in this article. 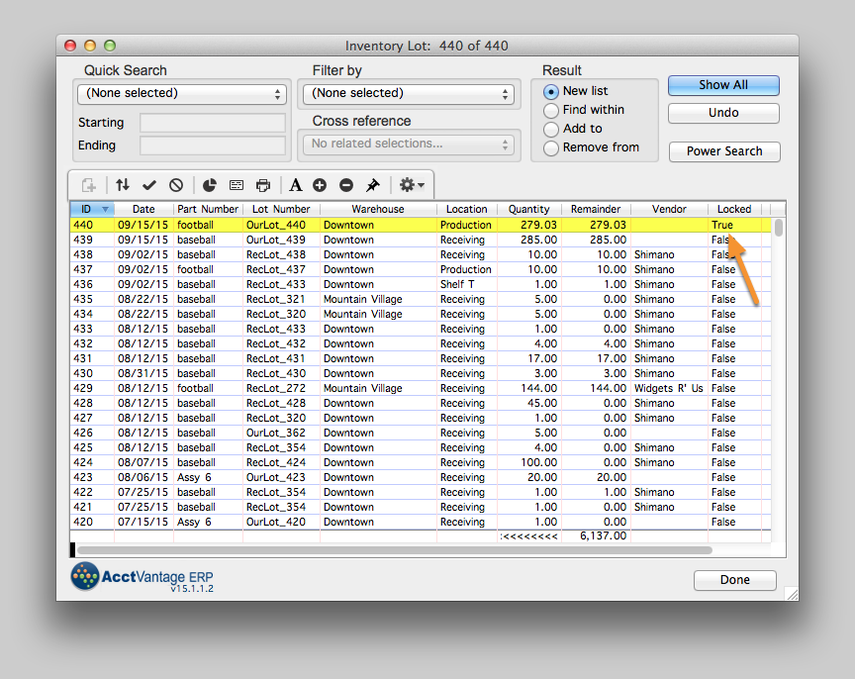 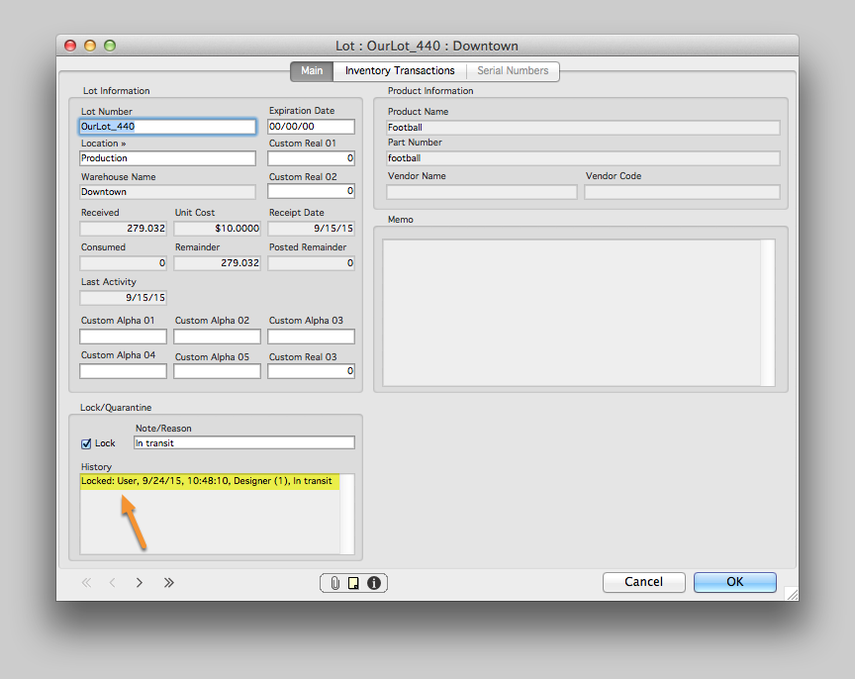 5. Add the Locked field to the Lots list view (optional) 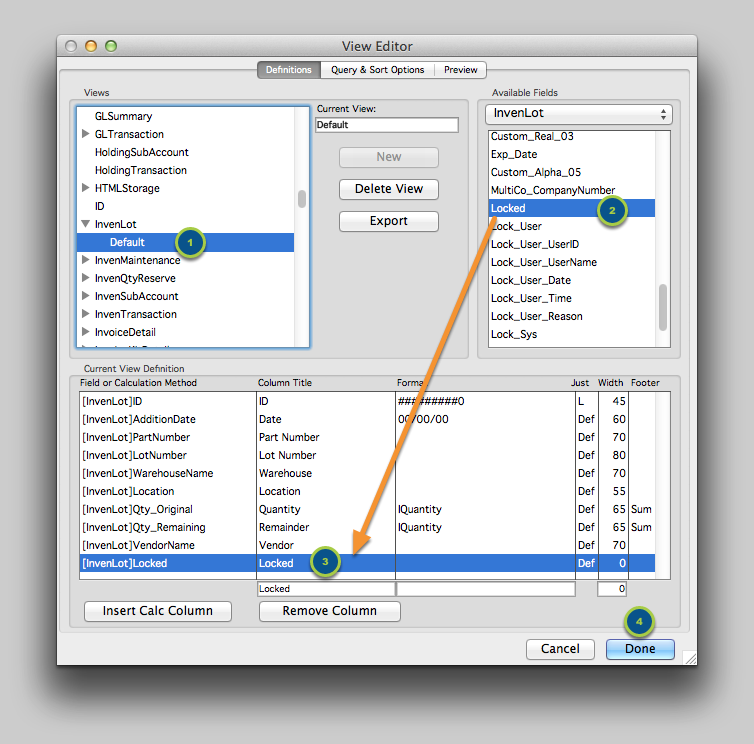 Lock multiple Lots at once (via script)