For the standard Voucher process see this article.

To enter a Voucher using a Foreign Currency: 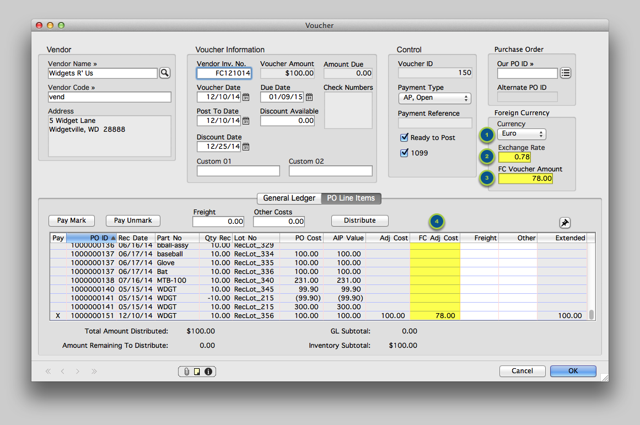